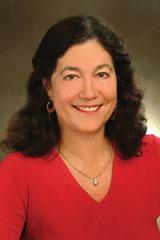 Use of a simple, inexpensive Fleximeter (a trademarked rubber-coated flexible rod) can accurately trace history of spinal curvature to diagnose kyphosis (curvature) of the spine. (1993). This is preferable to less-safe x-rays or more expensive D.P.A. dual photon absorptiometry) techniques.

Pheromones can be analytically used as indicators of onset of fertile periods of a woman. (1988)

Hysterectomized women have greater bone loss than women who have not had this surgical removal of the uterus. (1986). In the early years following the surgery, these women lose bone mass about twice as rapidly as their non-hysterectomized counterparts.

Bone loss such as spinal osteoporosis can be efficiently & inexpensively screened by single photon densitometer of the wrist. (1986). This is preferable to the more invasive and less safe x-ray of the spine.

Regular weekly sex promotes a regular menstrual cycle. (1979 replicated 1986, 1991). Women who had regular (at least once a week) sex with a man had menstrual cycles that were within 3 days of the optimal 29.5 day cycle. Women who had "feast and famine" behavior with no regularity had the most irregular and abnormal length cycles, as well as deficiently low estrogen, while celibate women fell in between these 2 groups.