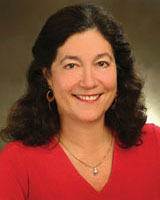 An Article for all Women and Students
by Dr. Winnifred Cutler

On the role pheromones play in their romantic lives. Dr. Cutler describes her scientific path to discoveries about sexual attraction, how sexual behavior affects a woman's overall health, and that women over 40 do not have to feel "invisible" to men.

Learn more about her pheromone research

As a reproductive biologist and author for more than 35 years (click here for full bio), I know that romantic attention and affection enhance a woman's life at any age, and can contribute positively to her overall health. My scientific research in behavioral endocrinology has addressed relationships between women’s sexual behavior and fertility, sex hormone secretion, aging.

Between 1979 and 2013 I have published over 35 research papers (click here for reference list) which have, with replication by others, confirmed that women’s behavior affects their fertility, their hormonal health during menopausal and postmenopausal years, how rapidly we age, and important aspects our well-being. I have also come to understand that a woman’s pheromones, at any age, play a major role in the attention she receives from others.

Pheromones are naturally occurring substances the fertile body excretes externally, conveying airborne messages that generate social responses from others of the same species. Pheromones were first defined by biologists in 1959 as chemical substances excreted by animals to trigger reproductive behavioral response from a recipient of the same species. Pheromones are now widely recognized to be the mediator that promotes the survival of each species.

There are Four Classes of pheromones, or pheromonal communication, now recognized in scientific literature.

In the early 1980’s as a research scholar working in the Ob/Gyn Dept at the University of Pennsylvania medical school, I was fortunate to be one of the scientists who designed and conducted and published (1986) the experiments that proved humans communicate via pheromones. These first double blind, placebo controlled pheromone experiments were specifically searching for the active “ingredient” that might explain my earlier behavioral discoveries about women. With colleagues at Penn and later at Stanford, we had demonstrated that regular, stable, weekly heterosexual intimate behavior increased fertility in young women, delayed menopause and reduced “hot flash” incidence in perimenopausal women. Pheromones played a role – I recognized them as the ‘ingredient’ we were looking for.

In 1986, I founded the Athena Institute for Women’s Wellness and working there published the first experimental report to demonstrate the existence of human sex-attractant pheromones. The possibility of synthesizing chemical copies of the pheromones naturally emitted by fertile, young women became a major focus of my subsequent research. By 1993 this was a reality and the formula I created to help women of all ages have more romance was developed as a fragrance additive to enjoy mixed with their own perfume.

Appropriate and properly timed sexual contact is good for women. Within the context of monogamy and restraint weekly sexual intimacy is beneficial to a woman’s fertility and to her overall health. Weekly sexual behavior increases estrogen levels, improves cardiovascular health, bone density, and benefits a women’s overall health.

How are pheromones involved? The topical application of the synthetic pheromone I developed increases the likelihood of regular social and sexual attention from the opposite sex.

Dr. Cutler's unscented pheromone fragrance additives, 10:13 for women and 10X for men, increase the wearer's sexual attractiveness and are AVAILABLE FOR PURCHASE.

The development of both a men’s and a women’s formula began with careful planning of research protocols, assembling a team to conduct the first rigorous double blind placebo study in Philadelphia and subsequently two more teams to independently test the women’s formula on reproductive aged and postmenopausal women.

The Impact of the Postmenopausal Women’s Study:

Often I hear women complain that sometime after age 40 they became 'invisible' to men. Although the exact age seems to vary, the hormone and consequent pheromone changes around menopause seem to increase that sense of 'invisibility'. The significant results of the independent study published in Journal of Sex Research (Rako, Friebely) show that my topical pheromone, worn with perfume as directed in the protocol can increase the affection postmenopausal women receive from their male partners.

As women age, whether naturally or accelerated by surgery, the natural pheromone output is likely to diminish. At Athena Institute I had been hearing both from physicians whose patients had told them, and from women who were telling me, that they had become “visible”, their attractiveness was restored, and they were enjoying romantic attention again after using the topical pheromones from Athena.

I was eager to put these anecdotal claims to a proper scientific test. We chose to offer our test formula to the Rako/Friebely investigation of post-menopausal women because we hoped that it would help those who wanted more romance but reported feeling invisible to men.

How the Study Worked – Women And Their Sociosexual Behavior:

Susan Rako, MD a well-known psychiatrist and author on women’s sexuality at aging, and Joan Friebely, Ed.D, a researcher at Harvard who understood statistical design, independently conducted the Postmenopausal study near Boston. Their paper, published in January 2005 has generated a great deal of attention because it is an important, elegant 8 week study where each woman was measured against her own baseline - in real life, real interactions. Each woman kept daily records and faxed them weekly to the researchers.

The 44 women participating in the study each brought their favorite perfume after a baseline period to Dr Rako, who (blindly) added a teaspoon of either placebo or my synthetic test formula to about 2 ounces of their chosen fragrance. The results proved that menopausal women can use pheromones to good effect. A significantly higher proportion of pheromone than placebo users increased the amount of petting/affection and kissing they recorded on their daily calendars.

Study Results and What “Attraction” Really Means for Women over 40:

I think menopausal women particularly appreciate the intimate behaviors of petting/kissing/affection, which were shown to increase for the women wearing the pheromone compared to placebo. In the USA, there is unanimity of public opinion as expressed in media, that the more fertile-appearing the female, the more sexually attractive she is. Sex attractant pheromones may have the capacity to restore the subtle chemistry of this equation. Particularly now, when so many women are not using hormonal therapy, cosmetic pheromones offer something they can do for themselves to increase their sexual attractiveness.

It is important to note, my research over the course of six years led me to write my book, Hormones and Your Health 2009, in which I explain how the right regimen of a carefully chosen (sequential bioidentical) hormone replacement therapy, is wonderful for most women...and can enhance our romantic and overall well-being as we age.


Theoretically, five factors determine the sexual attractiveness of a woman:

Menopausal declines occur in the physical, the motivational, and the pheromonal components. Because topically applied pheromones increase hugging, petting and affectionate contact with men, they have the potential to improve the quality of life for postmenopausal women who are experiencing a decline in attractiveness related to aging.

If physical intimacy has been important as a younger woman, it is likely to be important just before, during, and after menopause. Clearly there are other profound components in a fulfilling relationship, but a woman’s pheromones play a major role in attraction, and now we know topical pheromones can supplement our own output to increase our attractiveness as we age. Thus pheromones can enhance a woman’s romantic life during her postmenopausal years.

Hormones and Your Health: The Smart Woman's Guide to Hormonal and Alternative Therapies for Menopause
Love Cycles: The Science of Intimacy

Learn more about the services of Athena Institute