Athena Pheromone 10X for men was launched in 1995. Its success spawned copycat competitors trying to ride the wave of 10X success and substantial media coverage. The “buzz”. 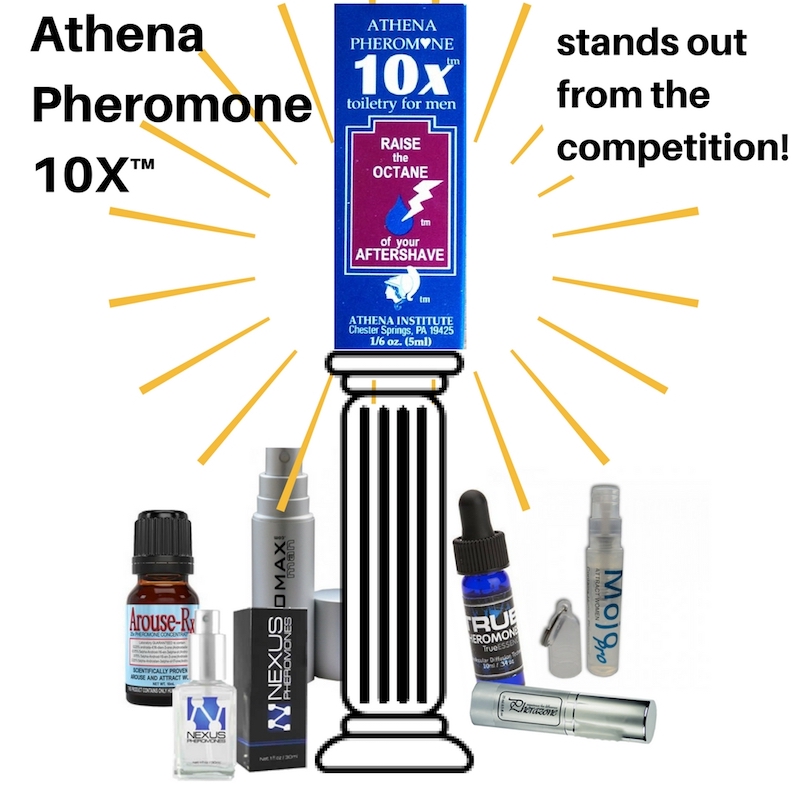 But the knockoffs lacked several assets Athena’s 10X had:

In Dr. Cutler’s many television interviews, the camera would broadcast her straightforward demeanor in answering questions outside of her expertise with: “I don’t have a clue.” And sometimes catch the startled look on the face of the interviewer accustomed to Talking Heads pontificating on all topics as long as the camera was still on them.

The imitators resorted to claiming Athena 10X effectiveness and acceptance was validation that their formulas worked just as well. “After all, a pheromone is a pheromone!” And theirs was cheaper. The knockoffs almost never named a scientist who had created their formulas. How could they compete with the credentials of Dr. Cutler who, in 1999 in Philadelphia, delivered a 90 minute invited lecture titled, PHEROMONES AS SEX ATTRACTANTS to the annual meeting of The American College of Obstetricians and Gynecologists for their Continuing Medical Education credits?!

With the seismic advent of the Internet, pheromone marketers created so-called Pheromone Review websites that frequently gave highest ratings to products they had financial ties to undisclosed. One ethically challenged imitator borrowed and used a print media feature favorable to 10X but changed “Dr. Cutler” to “Dr. Walker” and deleted “Athena Pheromone 10X” from the piece. Ethics, anyone?

So Athena’s advice to men is: CAVEAT EMPTOR Let the Buyer Beware of unsubstantiated, exaggerated claims of the hundreds of pheromone imitators of Athena Pheromone 10X.

Ask if their knockoff pheromone product is sold to customers in 130 countries? Athena Pheromones are.