Why Women Have Sex 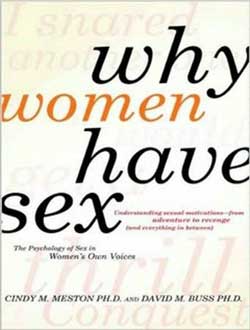 Dr. Cutler and her pheromone research is mentioned in a book by Dr. Cindy Meston; the recipient and researcher of an Athena Institute grant for the study of hysterectomy and sexual deficits. In her new book, Dr. Meston mentions the published study of Athena Pheromone 10Xtm for men. Excerpted by Athena Institute.

“Once again, sexual attraction plays a role.  Dr. Winnifred Cutler (click for bio), the director of the Athena Institute, found that exposure to male pheromones influences a woman’s sexual attraction to a man.  In her study, thirty-eight heterosexual men aged twenty-six to forty-two recorded their baseline levels of sexual behavior and dating experiences for a two-week period.  Then for a month they wore either their regular aftershave, or the same aftershave but with an added synthetic version of a pheromone naturally secreted by men.  The men did not know which aftershave they were wearing.  During the test month, the men continued to record their sexual and dating experiences.

The results showed that compared to their baseline levels of sexual activity, the men who wore the “pheromone-charged” aftershave (click for product details) engaged in higher rates of sexual petting and intercourse, had more frequent informal dates, and spent more time sleeping next to a partner.  Over the same period, they reported no change in their frequency of masturbation—so the increase in the rest of their sexual activity could not simply have resulted from men having a higher sex drive due to their own exposure to the extra pheromone.“